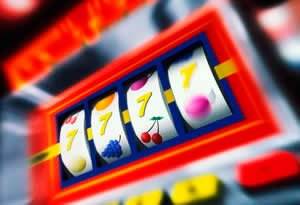 The greatest number of slots machine have bonus features. Such slots are called bonus slots. Bonus games vary a lot from slot to slot and from one software provider to the other. In this article I want to tell you about the most widespread bonus games you can come across while playing slots. First of all bonus games can be divided into 2 big varieties – the games which are played on the reels and the games played on the second screen.

Bonus Games on the reels are bonus features which are played in the main game. These games are free spins, ‘Pick an Item’, Hold, Nudge, Shifta!.

During the ‘Pick an Item’ bonus feature the player has to pick one or more items on the reels to reveal the bonus win.

Hold feature allows the player to choose reels to be held and re-spins the others.

Nudge feature allows the player to spin chosen reels that the next symbol stops on the payline.

There are several types of Bonus games on the second screen. They are ‘Wheel of Fortune’, ‘Pick an Item’, ‘Pick until Pop’. Lots of slots also have a Gamble Game.

The ‘Wheel of Fortune’ bonus game is very popular bonus feature which can be found in many classic and video slots. During this game the player must turn the wheel of fortune to win the prize. There are a number of slots where the wheel of fortune plays a great role and is the key to the progressive jackpot, for example, Mega Moolah (Microgaming), Mega Fortune (NetEnt) and others.

During the ‘Pick an Item’ bonus game the player chooses 1 or more items to get the prize. Many slots offer multilevel ‘Pick an Item’ games. Playing them the player has to pick the right item to move to the next level where he can win more.

The ‘Pick until Pop‘ bonus game is very similar to the ‘Pick an Item’ game. The difference is that the player chooses items until he comes across a symbol that stops the bonus game.

Most video 5 reel slots from different software gaming providers offer Gamble Game. This game gives an opportunity to increase the win. Gamble Game becomes active after every successful spin. The Player can choose to play it or not. To play it the player has to click Gamble, and then the second screen appears. There are two varieties of this bonus game. The first is as follows. There is a face-down card and the player’s goal is to guess whether this card is red or black to double the win and to guess its suit to quadruple the win. The second variety is that the player can see a row of 5 cards. The first is face-up and the others are face down. The player has to find a card higher than the first card. Different software providers offer different prizes for it. The player can double or half doubled or quadrupled the previous win. The Gamble Game can be played until the player decides to collect the win or reaches the gamble limit or fails. If the player makes a mistake he will lose everything he has win.

100% up to $ 777 First deposit bonus! Get bonus Play Now
Basics
Slots by Software
Slots by Types