Guns n roses slot, slot that does not let you be bored 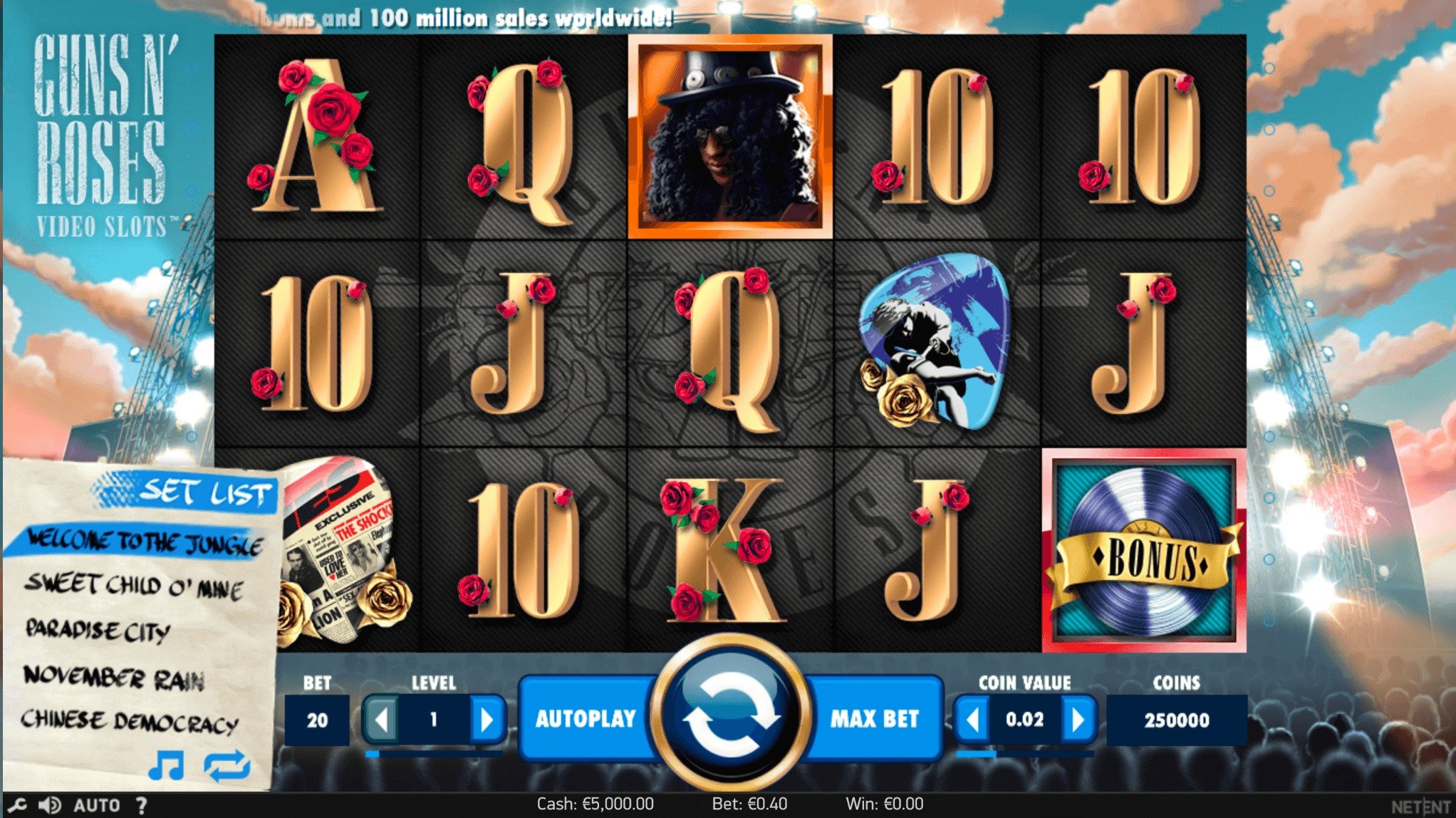 In January 2016 NetEnt inspired by the world’s famous rock band Guns N Roses launched Guns N Roses™ Slot. This is the game that is surely doomed to succeed!

This NetEnt slot is packed with bonus features and, more than that, the software provider developed some brand new features to strike our imagination and give non-stop entertainment. At first sight it is a standard 5 reel, 3 row, 20 pay-line video slot, but from the first seconds this game fill with energy and optimism thanks to the music video by the Guns N Roses. Then you will see all the features available in this hard rock slot including wilds, expanding wilds, appetite for Destruction Wild, Legend spins, Encore Freespins, Solo Multiplier and Crowd Pleaser bonus. All this makes the Guns ‘N Roses slot quite complicated, bright and feature-heavy. All the features potentially increase the player’s chance of winning. The Guns ‘N Roses promises a Return to player rate of 96.93%.

Wild And Its Benefits

I am not going to tell you about some ordinary wild symbols here, however, they aren’t really ordinary, they expand all the time. Expanding over the entire reel the wild gives players more opportunities to hit a winning combination.

There are some randomly triggered free slot games bonus features namely Appetite For Destruction, Legend Spins and Solo Multiplier. That fact that they can start at any moment makes the game unpredictable and breathtaking.

The Appetite for Destruction bonus feature acts as a wild symbol and substitutes all symbols it lands on. You will see a cross covering partially or entirely the symbols. This cross ties together all the best winning combinations of the spin, depending certainly on where it is.

Another feature, Legend Spins will trigger 3 re-spins during which 1 or 2 wild symbols are expanding over three or more positions on the reel. These stacked wilds move from reel to reel until the end of this bonus game.

The Solo Multiplier multiplies between 4 and 10 times any winning combinations (including those with Wilds) on the reels.

There is also a bonus symbol and when it lands on reels 1, 3 or 5 one of the three features: Encore Freespins, the Crowd Pleaser Bonus or a coin win.

This will be determined by a spinning wheel which you get to set in motion, where it will land on one of the above mentioned features to activate the bonus games is activated. Encore Free Spins give 10 free spins. During this feature one of the band members acts as a Stacked Wild to boost your winnings.

The Crowd Pleaser Bonus takes you through several levels where you have an opportunity to win lots of coins, the higher the level you reach the better the prize is!

Overall, the Guns N Roses is the game for those who love thrill, energy and hard rock! The unreal graphics, amazing animation accompanied with non-stop features and great Guns N Roses music stand this slot out of the crowd!