Does Tunzamunni Hold The Key To Ancient Treasures? 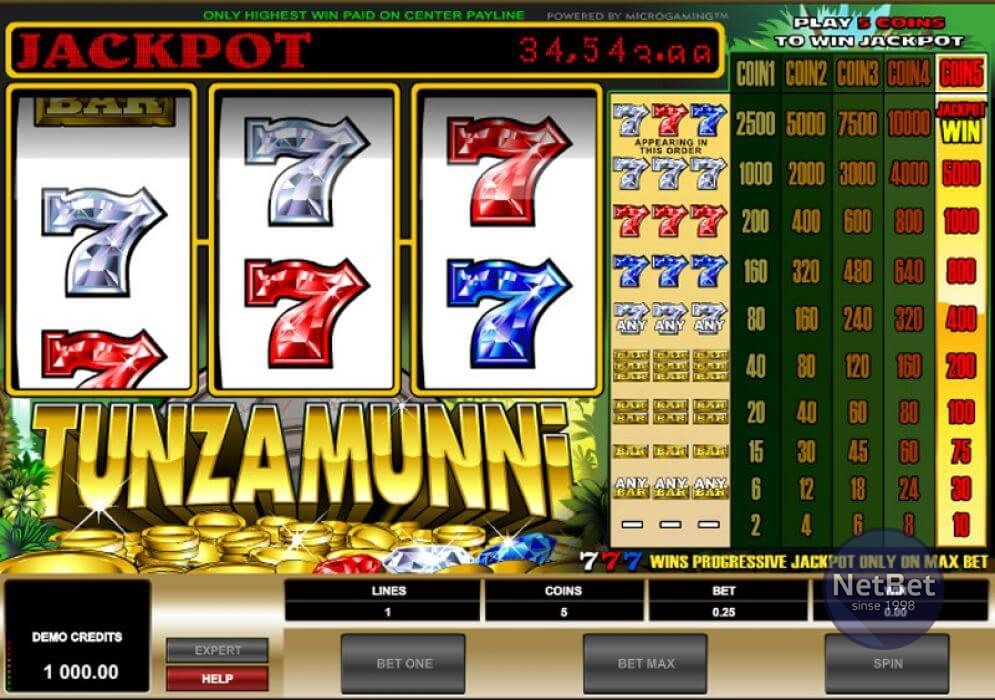 Ancient themes are a common feature of slots games, particularly tombs, icons and ancient artefacts. The hugely popular Tomb Raider series of slots is one obvious example, but there are dozens more that draw on similar themes to provide the backdrop to their reel-on-reel action. Tunzamunni is one such slot, and if you can look beyond the slightly cheezy/faux-Egyptian name, there are some decent features that this game has to offer.

Tunzamunni (or ‘tons of money’, get it?) journeys deep into the tomb of a forgotten Pharaoh, in search of the promise of hidden treasure. Of course in reality, the theme is just a wrapper, and while you’ll find related symbols and visuals running through the game, this is in actuality a rather straightforward slots offering.

One of the best things I’ve found about playing Tunzamunni is the 95% RTP. This is in the same league as the best online slots in terms of payout, and means that while the jackpots are decent, wins are also reasonably frequent and relatively easy to come by as you’re spinning your way through the game.

There aren’t too many bonus features to speak of, and you won’t find this to be an all-singing, all-dancing type of game. Instead, it focuses on providing good entertainment and decent wins, with none of the fuss or clutter you’ll find in other slots games.

It’s obviously a Microgaming title, which means you can be sure from the outset that this slot game is well-made. The prizes are decent, and because there is no download required to play this game in your browser, virtually anyone can take it for a spin – including mobile players.

If you’re playing slots to win serious money, you might appreciate the jackpot, as well as the progressive jackpot. While certainly not the biggest I’ve seen, there are definitely decent amounts on offer, and you certainly won’t be complaining if the Pharoahs decide to bless you with some good fortune.

Let’s take a look then at the nuts and bolts of the game, and in particular the value symbols, bets and jackpots on offer, so you can decide whether to take Tunzamunni for a spin.

Tunzamunni: Feature Symbols That Could Win You Tons

This game is different from the majority of slots titles I review, in that it has no bonus rounds, no bonus symbols, and very little in the way of additional features. To be honest, even the theme feels like a last minute addition to spice things up. The game is purely a straightforward fruit-machine style slot, and this is reflected in the symbols you’ll come across.

The game is based on lucky number 7s, with diamond, ruby and sapphire tinges representing the rankings from richest to lowest value symbols. You ideally want to line these up across your three reels to walk away with a cash win, according to the order demonstrated in the paytable.

Of course, you can also get a prize from lining up BAR symbols, either the triple, the double or the single with descending values of payouts accordingly. It’s important to note that there is only a single payline here, and you must land three symbols of a kind in order to get a payout, similar to the manual arcade style machines we’ve all played at one point or another.

The progressive jackpot, which is tracked by a ticker at the top of the screen, can only be won when you’re playing on maximum coins, i.e. 5 coins per spin.

To land the jackpot, you need to line up the diamond, ruby and sapphire 7s in that order across the 3 reels. If you hit this on 4 coins, you’ll still walk away with a win of 10,000, but you just won’t be able to compete for the bigger prize.

If you’re playing on a single coin, you can still walk away with a win of 2500x from a single spin of these 7s in order, or 1000x if you land 3 diamond 7s (compared to 5000x for the same on max coins). The paytable is helpfully displayed to the right hand side of the game as you play, so you needn’t be in any doubt as to how much you can win from different spins and different bet sizes.

For me, Tunzamunni is lacking in a lot of key areas. It’s a nice slot to play, and the wins can be decent, thanks to the RTP. Especially when you’re playing on max coins, it can be quite a simple game that leads to quite substantial winnings. But this is where the good stuff ends.

I think I prefer games that have a little more substance to them, and substance is a bit thin on the ground when it comes to Tunzamunni. The symbols seem to have just abandoned all concept of the theme, and instead hark back to the AWP-style machines you’ll find in pubs and arcades.

If you’re a fan of these games you’ll probably enjoy your time with Tunzamunni, but I’m not sure the same applies to those who prefer pure video slots.

Either way, it’s worth taking this game for a spin – there’s decent money available if the reels all line up in your favour. Just don’t expect to be taken on a thrill seeking adventure – despite the promise of the theme, this is a fairly basic game at heart.

Play Now
Play the Tunzamunni Slot Machine for Real Money
Where to play this slot?