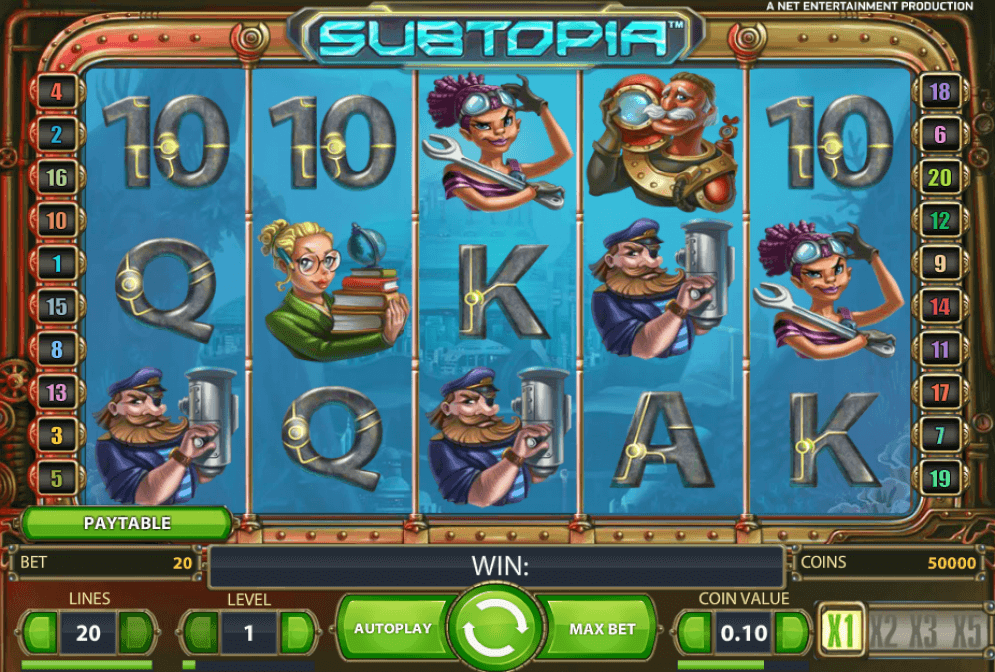 Subtopia: A Utopia Without Annoying People, Government, And Taxes

Not that Deep Blue Sea, of course. We’re not talking about that terrifying (although smart and very interesting) film about monstrously intelligent and very hungry Great Whites. There are no sharks here (maybe a few financial whales), and no danger. In fact, this looks to be one of the coziest and coolest places to be in the world. That, and a Jackpot of 100 000 (yup, we had to read it twice too).

The slot is brilliantly blue (although is that coral blue, sunrise-in-the-ocean blue, or labradore-breath-in-the-summer-sky blue, we’re not sure).

The deep blue sea, we think, is generally awesome (unless you’re in the UK). This underwater adventure is full of what looks like beautiful people, abundance of bets opportunities (200 coins per line), and shiny new graphics by NetEnt. Of course, it’s a yes from us. In a world filled with monochrome environments, corporate greed, corporate greed (twice, because that’s twice as bad as anything else), and consumerist soullessness, this beautiful oasis of colorfulness is a welcome break.

The symbols are Robot, Compass, Scientist, Teacher, Diver, Mechanic and cards from Ace to 10. The symbols form 34 winning combinations.

Robot is the wild. The wild helps to complete the winning combination by substituting for other symbols. The wild can’t substitute for the scatter and free spins multiplier meter. A random multiplier from 2x to 5x increases wins.

Compass is the scatter. The scatter can appear anywhere on the reels to win. The scatter can’t be substituted by the wild. Two+ scatters give payouts. Three, four, five scatters trigger free spins. up to 6x multiplier. During free spins a Multiplier Meter appears randomly and increases wins by up to 6x. And you can imagine yourself to be Kevin Costner.

Tired of relentless struggle against the forces of nature with the Vikings? Here, the water is warm, bubbly, and Internationall Klein blue.

We like that some thought was put into this nifty little slot. You know how sometimes people just work on something so that they can just get paid – minimum effort, maximum laziness? Well, this isn’t it. In addition to gorgeous design, there is a random multiplier that multiplies payline winnings by an amount of up to 5, and something called a Multiplier Meter with up to 6 multiplication of winnings during Free Spins. Overall we would say that this game handles better, with better gameplay as well as appealing graphics. It’s also quite an old slot that survived for a while, proving it can handle itself in the cutthroat world of business: still a hit with the fans. No wonder, by the way, if the maximum win is 100 000 coins, and you could probably even score more in Free Spins. We also like the thought of never really growing tired of the game during gameplay (maybe that’s because there is quite a winning potential at the end).

Looking a little like Avalon in terms of visual graphics, it’s interesting, great gameplay, and great features, a s well as terrific earning, so we say why not? We make a point that you have to keep playing this game for a while though, which isn’t a chore because, as we said, playing it is really a pleasure. With time you can experience the full of might of Free Spins with this game, which can pay out quite a lot. There are plenty of them to be had, in fact, hundreds, and some reasonable winnings during, which is also nice.

Base game provides medium wins not very regularly, but over a stretch of time it works out well for your balance. Unlimited free spins will keep going (unless that deadly skeleton turns up) on and on and on, which is really terrific, considering every spins has a potential for massive wins (check out the Paytable). Also if the multiplier is at 6X, you’re really in luck, and the number of Free Spins isn’t limited (like 5 or 10 or 15), so they just keep on rolling. This game really makes its winning streaks shine. So that’s why we say “stick with it”, and that’s why it’s important to know your strategy at all times.

Overall we think that this game beats all other games we reviewed so far hands down. Really, there is nothing it doesn’t do or fail on: every aspect of this slot is beyond reproach. We think that possibly NetEnt could provide a sequel (always a good idea with winning games), which would be highly anticipated, but this is a great game as it is. Old man Einstein said all genius things were simple, and that applies to this slot: it’s easy to play, there is plenty of money to be had if you stick to it, and it seems like someone really worked on this one. Multipliers riding on multipliers, lots of bonuses, a great jackpot…we think it doesn’t get any better than this.

The Free Spins feature is no doubt the strongest part of this game, and there more of those than in any other game we’ve seen. Not for people who don’t like when their feet don’t touch the ground, or shark fears, this is the kind of game that kind of asks for deep submersion, but is capable of paying back fully (and then some). We think the treasures are well worth overcoming your fears though. A bit of lost treasure lost in the ocean, this little gem of a slot really shines when you carefully study the rules and give it time and careful attention.

Payout percentage: The theoretic payout of this slot is 96.1%.