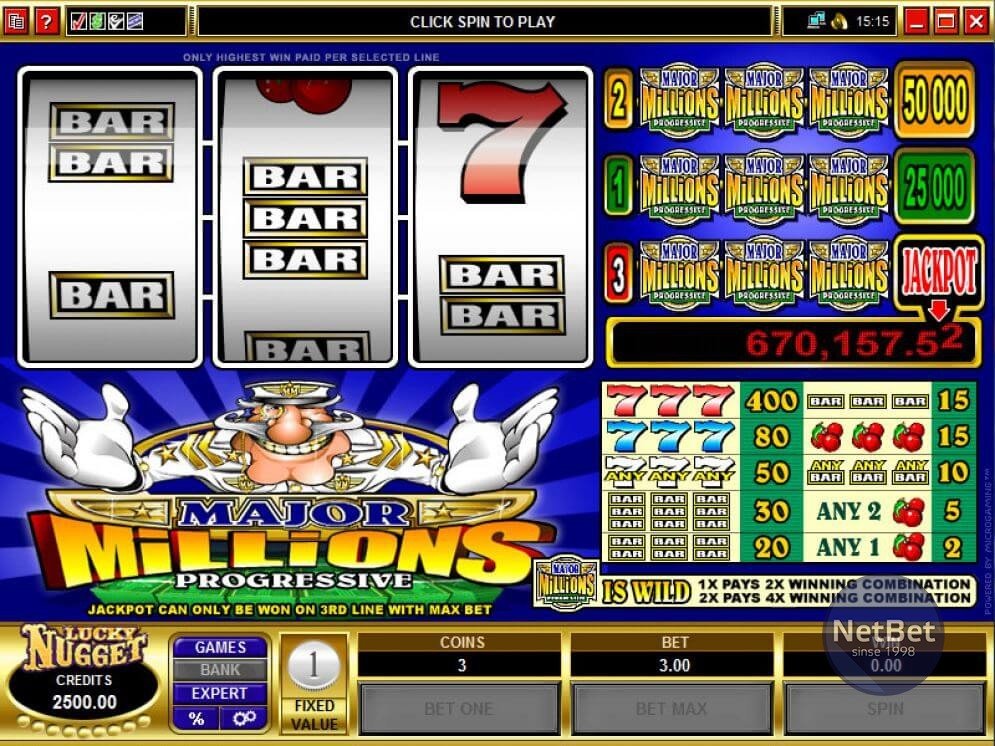 Major Millions is a 3 reel, 3 payline slot with the classic theme. The symbols are Major Millions, Sevens, Cherry and BARs. All together they create 13 winning combinations.