A Full Guide To Piggy Fortunes Online Slot: Get Ready To Be Blown Away 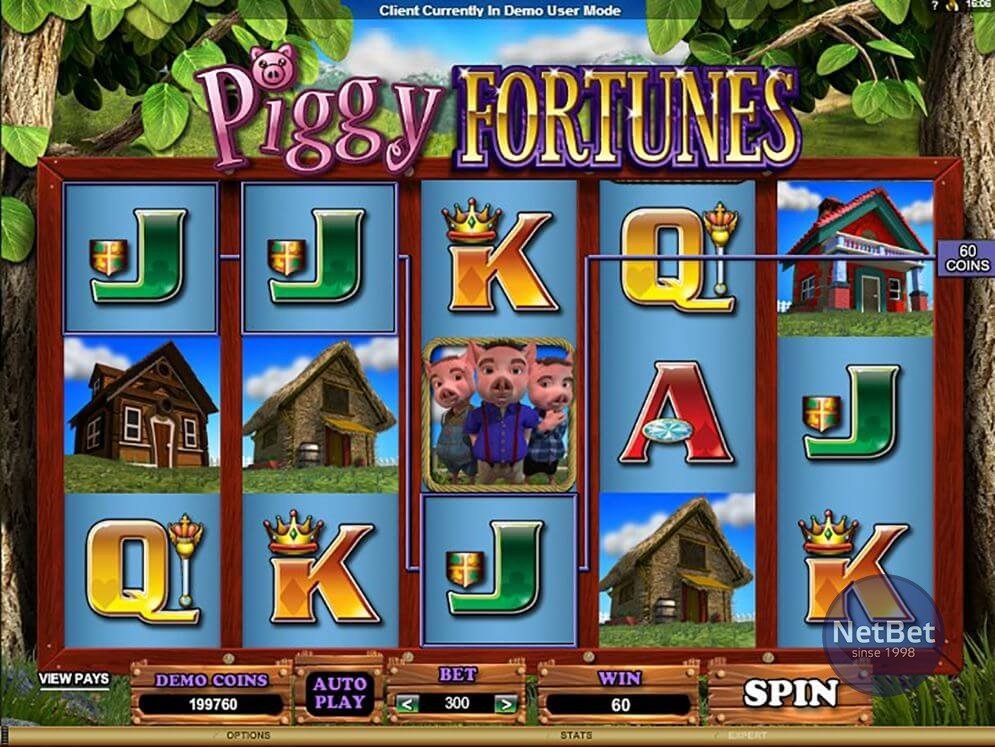 Did you ever stop to think what it meant when someone played that game with your toes: “This little piggy went to the market…”? Fairy tales can be quite dark. Obviously we’re going to go into the realm of vampires and werewolves since we’re on the subject of Grimm fairy tales. Do us a favor and check out The Bloodsuckers slot. This slot, however, is quite nice apart from when The Big Bad Wolf starts doing blow. Well, ok, maybe he doesn’t do blow, but there is a lot of coming down (apparently some houses were damaged, although how you can blow the roof of a brick house, we don’t know).

It’s a sweet little adventure from MicroGaming. It seems a quite simple game with nothing much going on, and that’s exactly how it is in truth. Nothing to look at here, this interface seems to say. Move on. Go to Flight Zone. At least there’s some fun to be had there.

What Has This Slot Got To Show?

We don’t know about you, but it looks to us like The Little Red Riding Hood has grown up since the times of that fairy tale…

Wild: Wolf substitutes for all the symbols except Pigs.
Scatter: Pigs. Three or more scatters give payouts and trigger the Big Bad Wolf feature.

Big Bad Wolf feature When will it happen? When the Fat Lady sings! During this feature the Big Bad Wolf blows down the pigs’ homes. When Wolf lands near any of the houses, it blows all houses of that type down. Once three or more pigs symbol appear on the reels during free spins one pigs’ home will be rebuilt and Free Spins feature will continue. When Wolf destroys:

When Wolf substitutes, wins are multiplied by the highest given Big Bad Wild Multiplier. This feature will end when the wolf destroys all pigs’ homes. NAd if you want to know what really happened in Grimm’s stories…don’t say we didn’t warn you!

Does a Good Job On…

Nothing. No, ok, there are plenty of Free Spins that come quickly and regularly. The game has the potential for giving out a few great wins pretty consistently.

The Wilds do absolutely nothing by themselves when combined, and don’t act as multipliers either. Not very useful, huh?

Low-variance and boring, but oftentimes there are a few wins through Free Spins, of which there are plenty. We say passable. It’s no Jurassic Park slot, of course, if you know what we mean…

Payout percentage: The theoretic payout of Piggy Fortunes is 96.6%

Here comes that Wolf again, and someone is getting.