An Exhaustive Guide to Snow Honeys slot: How to Get It Right 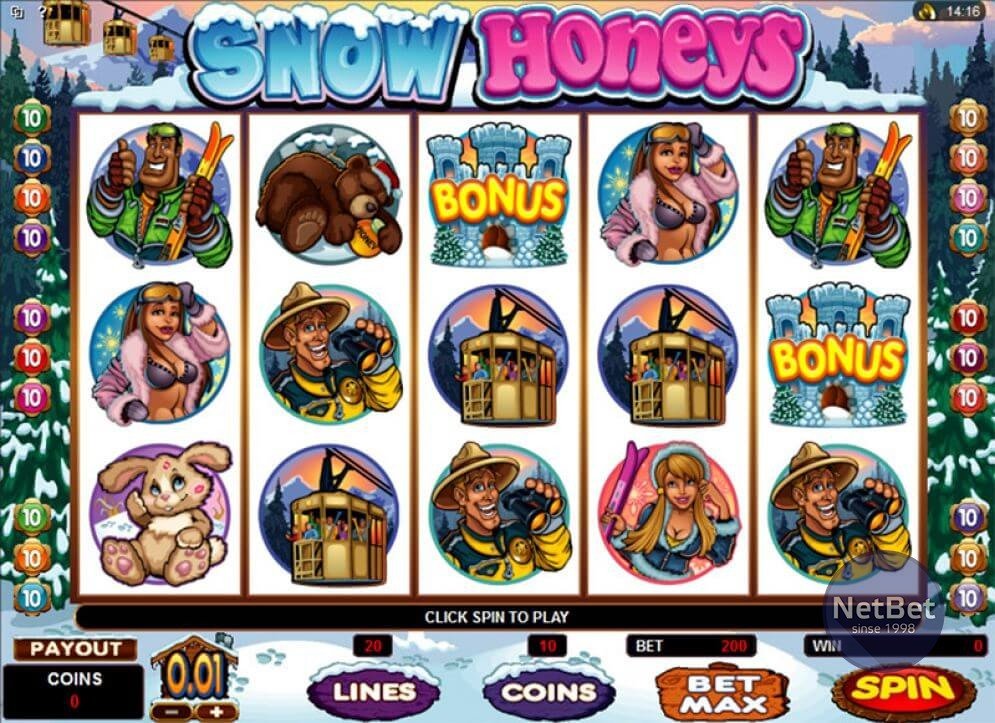 First: huge disappointment. This slot is not about honey-making in the snow (we later found out that to be true). There is decidedly no honey of any sort. And instead there are women. Maybe they’re hiding bees somewhere? It doesn’t seem like it. Well, in that case they are completely useless.

Ok, so maybe there is some kind of fun to be had here (although nothing beats a good honey sandwich). And we only grudgingly agree because it turns out Winnie To Pooh was also, in fact, a honey. Because he was actually a she. Bet you didn’t know that!

So all kinds of honeys here, admittedly because they’re sweet, succulent, and delicious. This is a lot like the Playboy slots (sure way to get your hands on some honey), although in terms of men’s magazines we always find that girls there are hot, but kind of arrogant and a little elitist. Our cuddly little flurries of delight are well-trained house pussies: they purr, rub up against you and basically do everything short of eating out of the palm of your hand. They are, in briefs (haha), gorgeous (find more hot hostesses in the video poker niche). We are quite proud of this immodest reference to a kinky 80s production by the same name. This is a very, very attractive slot. And, even though this is an 80’s movie, no bush. No, just kidding. Let’s take a look at what it has in terms of business decisions.

What Does This Slot Offer?

Does a Good Job On…

It is the truth. Snow Honeys succeeds in almost everything, including attracting attention, giving out nice rewards (although not normally more than 20 Free Spins and never, for some reason, 30) and providing an interesting bonus feature. What’s not to love?

No Wild? Really? Ok, this slot is wild already (especially if you followed the link to the movie by the same name), but not really sure what the intention is here. Wilds are great. Why get rid of them?

2 Scatter symbols here with some wild returns and plenty of Free Spins, which is nice, if you know your strategy well. Plus a Hide and Seek Bonus Feature Game. Don’t know about you, but all we can think of is sexual liberation, hippies, lawlessness of 90’s rock n roll, and French dressing (underwear, although maybe some kinky food fetish too wouldn’t hurt) at the mention of the name.

It works like this: you whistle, a girl or a guy appears in the window, and you throw a snowball and maybe get a prize, with payout of up to 45x. The Snow Honeys logo potentially means 4000x payout, and the Rabbit Doll 1000x, which makes up pretty much for the absence of the wild.

The ultimate action attraction: a beautiful woman. What could be better? The shelter in all that snow also appeals to a man’s survival instinct, which means this is a likeable scenario.

This is by no means a bad choice, with some great wins at stake, and even an interesting scenario in bonus games. Very attractive. Pleasureful. There’s certain fun to be had playing Bloodsuckers online slot, but, you have to admit, it is kind of creepy (or, shall we say, at appeals to certain types of people). Treasure Nile slot? Sure, why not, but it’s not fantastic fun. This, however, is right there at the bottom of Maslow’s hierarchy of needs. Man will risk anything for a pretty tail. There’s just some kind of magic about this slot. Of all the slots, this is definitely the one to come back to. Could it be just the basic instinct? Maybe, but this one is just so adorable…(and there’s a bunny).

Payout percentage: The theoretic payout of Safari Madness is 95.9%
Slot structure: 5 reel slot with 20 paylines from MicroGaming.
Overall, there is much too much gorgeousness here to complain. The only thing, really, that is missing here is the Wild. If it were included, this game would flawless.