Spanish Blackjack is a card game that is completely different to any other blackjack variation because it is played with eight Spanish decks of cards that have 48 instead of 52 cards since the cards with a denomination of 10 are removed. This gives the casino a huge edge if the player doesn’t know all the game play rules.

Decks are shuffled after each game has been completed. Blackjack beats any hand with a total value of 21. The dealer hits on soft 17.

Two cards with the same denomination or value can be split. If you split a pair of Aces or any pair of cards with a value of 10 and draw then a card with a value of 10 or an Ace respectively, it is not considered a Blackjack, though the value of the hand will be 21. The player can split up to three times to make four hands. Aces also can be re-split in Spanish Blackjack.

If the dealer’s face-up card is an Ace the player can make insurance that costs half the original bet.

The player can’t make insurance after a split, or a double.

But if you’ve a Bonus 21 hand combination as a result of doubling, you don’t qualify for the Bonus payout.

There is also a Multi-hand Spanish Blackjack variation where the player can play up to 5 hands of Blackjack at once! 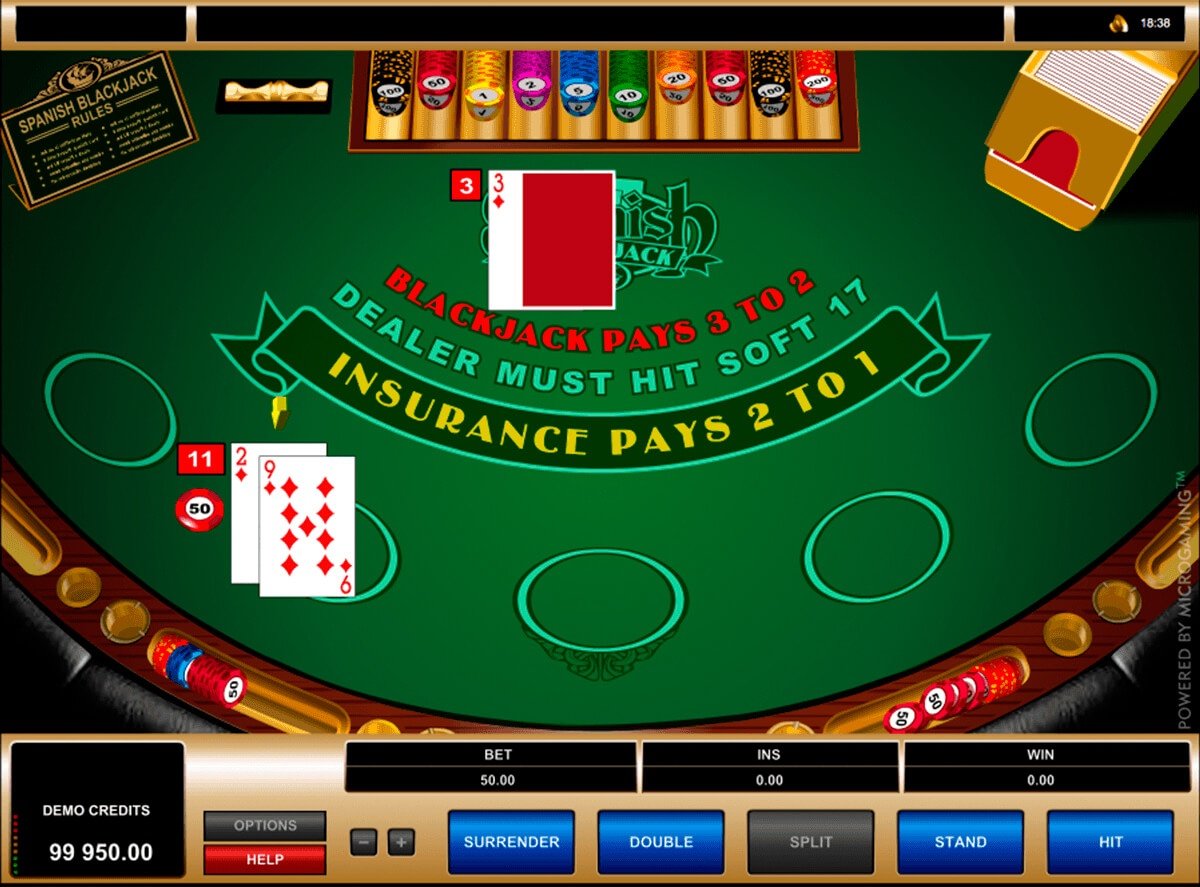